ASSERTIVENESS OR BULLY PROOFING YOUR CHILD 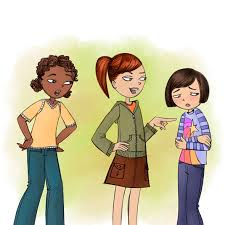 Is your child being bullied? Is she too passive with others?  How can you make sure your child is not someone else’s doormat? Is your child bullying others? How can you teach them to rein in aggressive tendencies so they don’t hurt or alienate others? Teach them assertiveness skills. Do this by giving them specific suggestions of what to say or do to get their appropriate needs met. Instead of labeling an aggressive child as bad, take the opportunity to teach them some life skills.

If your child is frustrated because another is crowding too close to him in line,

You can say, “Is Susie standing too close to you in line?” If he says yes, then tell him to say to Susie,  “It bothers me when  your body bumps into mine! Please take a step back.”

An approach that will not help the child in the long run: “Susie you are annoying Jose. Go to the end of the line for the rest of the day.”

To her brother Billy, you can say, “Do you want her to come in your room right now to play?” When he says no, say, “Then tell her ‘I would like to be alone right now’.”

An approach that will not help the child in the long run: “Billy, you are not nice to your sister. You don’t need to be by yourself now.”

If another child takes your child’s toy,

To the other child, you can say, “That toy looks really fun to play with. Say to Susie ‘Can I play with that toy when you are done?’”

An approach that will not help the child in the long run: “Quit fighting! Now no one gets the bear.” (Guess what? The next day they will fight again because no one is teaching them what to say or do in a disagreement.)

If a child knocks over another’s block construction,

You can get the block builder to say, “Please be careful when walking around the blocks!” Or if it was intentional, “It is NOT OK to knock something down that I worked so hard to  build.”

You can say to the boy who knocked it over, “It sure didn’t work to knock over her block tower, did it? Now she’s mad and won’t play with you. The next time you want to play blocks, what could you do instead? “

If the child doesn’t know what to say, you can suggest, “Ask her if you can build a block garage next to her block house.”

“Perhaps she will let you make stop signs and traffic signs for her freeway she has built.”

An approach that will not help the child in the long run: “How many times do I have to tell you to be careful!”

(Then have the child help rebuild the block construction that he knocked down.)

You can’t do this one time and expect your child to know how to use assertive language from now own. Verbal skills have to be taught and repeated endlessly knowing every situation is different. In each new situation, you can give your child the language required so that she has the option to express what she wants without aggression or passivity. Socialization of children takes working with your child hundreds of times on certain issues. If your child is three, they are not capable of interacting with the mastery of a twenty year old. 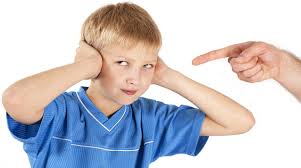 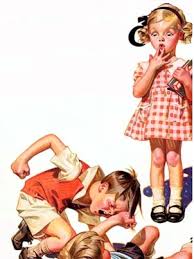