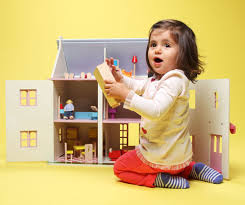 Play is the most natural promoter of intellectual growth, literacy, creativity, imagination,  and social/emotional development.  If you ever observe a classroom dominated by rote memory, flash cards or adult directed instruction methods, you won’t see the same level of curiosity, motivation, attention span or complexity of thought that you will when you see children playing.

Play promotes intellectual growth. Children, while playing, develop the ability to learn to think symbolically and abstractly.  The development of symbolic and abstract thought is the ability to represent thoughts, feelings or concepts by using gestures, language, and objects. 1

Thinking abstractly and symbolically will help a child learn later reading skills. A child must learn that letter symbols are not actual letters but representations of letters. If a child uses a block to represent a phone, he is learning the same concept that a letter can represent a sound.  If a child uses one gesture or item for multiple purposes, this will help him later learn the concept that a “c” letter can have multiple sounds such as “s” or “k”.  The reverse is true as well many gestures, languages or objects can symbolize the same thing just like the different symbols “A”, “a” and “a” all represent the same sound. In play, a block or a stick can both represent a phone.

Another reason playing helps children develop reading skills later is that play often means constructing stories.  During play, children imagine they are characters set in a story with a plot and themes. Their plot themes correlate with those in literature: good vs evil, possible vs impossible, safe vs threatening, etc. 2 Their experience constructing and playing through their stories will help them better understand adult authored stories later.

Children naturally create and use their imagination when playing.  Creativity and imagination are needed to adapt to a constantly changing world. Life and career possibilities are constantly evolving and it is hard to predict what skill sets will be needed in the future.  Didactic teaching and skills-based curricula don’t foster these skills but play does.

Play helps social and emotional development in many ways. During play, a child experiences the full range of emotions and must regulate them to recenter himself.  Second, a child can also safely face and play out his emotions to reassure himself during play. 3 For example, if her Mom is gone on a business trip for a few days, the child might pretend to be her Mom by holding a play briefcase and sitting in an “airplane” in the play center.  Third, children can learn to take the perspective of others during play. If a child is playing doctor, he can try out the various roles either from the perspectives of the doctor, ambulance driver, patient, or parent. Fourth, children learn to problem solve with others during play. They must be flexible in their thoughts and negotiate with others if they want to successfully continue playing with others.

Play addresses the whole child (social, emotional, physical, cognitive, creative and spiritual) and since children prefer to play, they self- initiate and engage in ways that rote or teacher directed activities don’t foster. 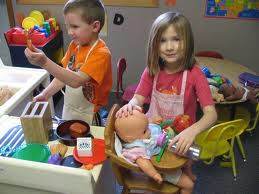 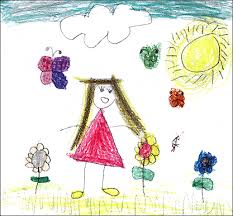