LAST CHILD IN THE WOODS 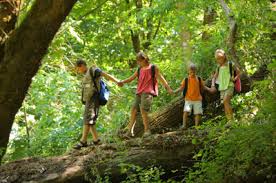 The following is a review of the book Last Child in the Woods in Scientific American (2005):

Unstructured outdoor play was standard for me as a hyperactive child growing up in the rural Midwest. I fondly recall digging forts, climbing trees and catching frogs without concern for kidnappers or West Nile virus. According to newspaper columnist and child advocate Richard Louv, such carefree days are gone for America’s youth. Boys and girls now live a “denatured childhood,” Louv writes in Last Child in the Woods. He cites multiple causes for why children spend less time outdoors and why they have less access to nature: our growing addiction to electronic media, the relinquishment of green spaces to development, parents exaggerated fears of natural and human predators, and the threat of lawsuits and vandalism that has prompted community officials to forbid access to their land. Drawing on personal experience and the perspectives of urban planners, educators, naturalists and psychologists, Louv links children’s alienation from nature to attention-deficit hyperactivity disorder, stress, depression and anxiety disorders, not to mention childhood obesity. The connections seem tenuous at times, but it is hard not to agree with him based on the acres of anecdotal evidence that he presents. According to Louv, the replacement of open meadows, woods and wetlands by manicured lawns, golf courses and housing developments has led children away from the natural world. What little time they spend outside is on designer playgrounds or fenced yards and is structured, safe and isolating. Such antiseptic spaces provide little opportunity for exploration, imagination or peaceful contemplation. Louv’s idea is not new. Theodore Roosevelt saw a prophylactic dose of nature as a counter to mounting urban malaise in the early 20th century, and others since have expanded on the theme. What Louv adds is a focus on the restorative qualities of nature for children. He recommends that we reacquaint our children and ourselves with nature through hiking, fishing, bird-watching and disorganized, creative play. By doing so, he argues, we may lessen the frequency and severity of emotional and mental ailments and come to recognize the importance of preserving nature.
REFERENCE
Hamming, J. (October, 2005) MIND Reviews. Scientific American,
Retrieved from: http://www.scientificamerican.com/article/mind-reads-2005-10/?page=3# 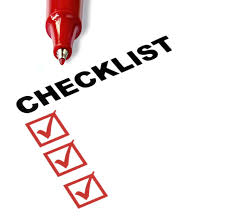 PARENTING CHEAT SHEET/ MY KIDS ARE DRIVING ME CRAZY 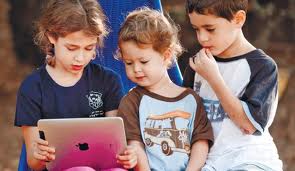